Appreciation of Beauty & Excellence- "An Artist to the Rescue"` Gujarati Folktale 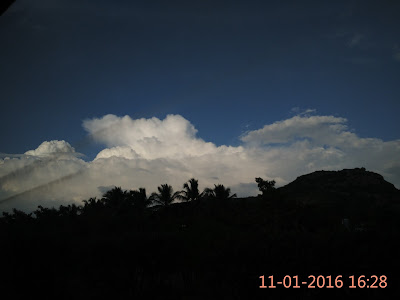 This strength enables us to appreciate the wonder of the world around us. It helps us see beauty in nature and helps us become mindful of all that is already around us. Look at life with a positive perspective and to engage with those around in a selfless manner. This particular strength lies within the realm of Transcendence.

This folktale is very illustrative of all these 3 aspects of appreciation, beauty and excellence. This folktale can be used as trigger to talk about beauty, that lies within and beauty that is seen around us. It can be used to break myths about what is traditionally seen as beautiful (A sad princess painting can be beautiful). It can also be used to discuss the selfless nature of individuals or even an artistic creation.


Vocabulary to use to strengthen this character:

You can hear the story here:
https://soundcloud.com/sowmya-12/story-for-appreciation-of-beauty-excellence-an-artist-to-the-rescue


"An Artist to the Rescue" ~~~~ Gujarati Folktale

Once Upon a Time, there was a Princess who was very talented and kind. She loved to ride on her horse into the forest and spend all her time with nature. Once as she was riding in the forest, somehow she rode so fast that soon she could not see her other friends and followers.

Quickly she got down and climbed the tallest tree, (she was very good at such things) and from the top branch she looked around. But what she saw was shocking; a fire was raging in a part of the forest and as she watched the birds and animals fleeing from there, she also saw a birds nest.

The father and mother geese were trying to protect their chicks. The fire came closer and closer to the nest and the poor mother and father tried to fly away, but the fire was too close. Finally the father flew away to safety leaving behind the mother and the baby chicks. The mother stayed back to protect the chicks...

The princess quickly climbed down, unable to watch this anymore and rode back to her palace to gather help to save the forest. But what she saw bothered her terribly and she felt angrier and angrier towards the male bird for flying away, leaving it’s family behind.

From that day on wards she put on a serious face and told her parents that she would never marry. She refused to give any reason for her decision. Her old parents were very upset and tried to talk to her and tried to understand what had happened and why she was behaving this way. Yet the princess refused to share her story with anyone except two of her closest friends who she swore to secrecy.

Days passed and an artist came to their kingdom. He had traveled far and wide and had painted many beautiful scenes and things, but when he took one look at the sad princess, he felt a strong urge to paint her. With her permission he painted her and captured her feelings and features perfectly. But instead of giving the painting to her, he just took it with him and left the kingdom to travel to other lands.

He went to another kingdom known for rewarding artists and sold his painting to the King of that land for a lot of money. The King was enchanted by the painting and the expression he saw on the princess’s face. Looking at it every day made him very curious to find out who the original Princess of this painting was. But by that time the artist who had painted this picture seemed to have disappeared from the land. Nobody knew who he was, or who the princess in the painting was. Things became very different from then on. The King lost interest in the land and kingdom, in his desire to see or meet her and became as sad as the Princess in the picture.

How strange, isn’t it?

The Chief Minister of the land was an old, wise and trusted friend of the family. He could not bear to see his King becoming so sad and despondent.

“What can be done? I am too old to set out at my age to search for the King’s Princess. I wish we had someone who could volunteer to do this. We cannot spare our soldiers and I am sure they do not have the wisdom to handle such an important task’, he said to his young and resourceful daughter Saralatha.

“Let me do it Father. Give me a years time and I am sure I will find the Princess our King loves”
~~~~~

Saralatha herself was a good artist and so she made a copy of the painting that hung in the palace and disguised herself as a travelling artist. She barely knew where to go, but she rode here and there and everywhere. She showed the picture of the Princess in many lands and asked whether they had seen such a Princess, yet no one had.

It was December and a year of travelling was behind her and she was tired and weary. No one had recognized the Princess in the picture and Saralatha was ready to give up as she entered what she thought in her mind was the last kingdom that she would ask.

“Have you ever seen such a Princess?” she asked a potter who was turning his wheel with great skill.

“Oh Yes! She is the Princess of this very land and we call her ; “ The Princess who is Determined Never to Marry”

“What? Never to Marry? What is wrong with her? Did something terrible happen?” asked Saralatha with a sinking heart. “Oh!  How am I going to convince the Princess to get married to our King?” She wondered.

No one could tell her the story behind the Princess's strange behavior and so Saralatha was determined to find out why. Having slept over night on the problem, she woke up with a fresh, new idea!

Every day she walked to a place close to the palace and started painting beautiful pictures of the palace and gardens. Soon everyone was talking about her wonderful paintings and the King summoned her into the palace to paint and decorate different parts; walls and ceilings and arches.
Soon the women, children and men working in the Palace started standing around her while she painted and admired her work. This soon turned to friendship and Saralatha very wisely but gently started questioning the ladies about the Princess and her decision not to marry.

The closest friend to whom the Princess had told her story, was unable to keep the secret to herself any longer and very soon Saralatha knew the story of the Geese and the fire.

Saralatha started painting a wall. She sketched and painted and filled many small details of "A" story on that wall. This story was the exact reverse of what had happened to the Princess.
It showed an antelope trying to protect its young ones during a fire, but here the Mother leaves the foals to the Father and goes away and a Prince is watching the whole scene.

The beauty of this painting reached the ears of the Princess and she finally came herself to see it.
“Yes! It is her!” thought Saralatha. “This is the Sad Princess in the painting. All the hardships I have gone through are worth this moment in gold”.

The Princess was mesmerized to see the painting.
“What is the story in this painting?” she asked Saralatha curiously.

Saralatha pounced on the chance to tell her a story, that you and I know was not true, yet she made it so believable the Princess was amazed that Saralatha’s King was the prince in the picture who shunned women because he saw an antelope Mother run away instead of protecting it’s young ones!

“How Strange?” she said. “There seems to be more than one side to a story. Can it be possible that I have made up my mind in a hurry after watching just one incident of the Geese birds? I would like to meet your Prince and perhaps have a discussion with him on the mistakes we make by jumping to conclusions too soon.”

"Yes, of course you can meet him" assured Saralatha as she hastened back to her kingdom and explained the whole story to the King. The delighted King appreciated Saralatha’s immense hard work and rewarded her for all that she had done.

Over time the King and the Princess met and had many wonderful conversations and then you know they finally decided to get married and of course lived happily for a long time.

As for Saralatha, she became a very famous artist and traveled to far off lands, carrying her paints and her stories with her and wherever she went people appreciated her wonderful skills and talents.

~ Gujerati folktale adapted from A.K.Ramanujam: "One more use for an Artist "~

Posted by SoulSpace at 7:55 AM No comments: