Life is experienced twice. While you go through it and while you remember it looking back!

She was 17years old , when they took her to the studio to pose for a picture. This was very different from the usual pose of a bride to be; rigid, hands crossed in front staring at the camera. Here she was dressed in a velvet blouse and silk saree, seated on a bench of sorts and holding a Veena in her hand. The way you would imagine Raja Ravi Varma to paint his Goddess Saraswathi!

Rajamma , my maternal grandmother was a proficient vainika and vocalist, showing an immense talent at a very young age. She would often accompany her elder brother on performances, enthralling the audience with her throw, range and A pitch. The family really thought they would become musicians of repute, until cruel fate struck a blow and took the brother's breathe as Tuberculosis.

The only alternate was marriage for a girl like her and when a suitable proposal arrive, they sent her off along with the Veena and her voice. Yet the two never were the same. She was married only for 10 years and when Small pox took her husband away, leaving her with 4 small children to fend for, she had only the Veeena to pour her grief into.

Her daughter, my mother, at 17 years was an obedient, meticulous, quiet last sibling of 4. Her mother's talent that had been passed on to her, lay dormant for many years. My mother had no formal training but often listened to her mother sing and play the Veena, which was the only escape and recourse from pain and drudgery of their early life. You see my mother was just 20 days old when her father contracted small pox.

I was 17 years old and the music which had lain dormant in my mother was being passed on to us (my sister and me) and music and dance classes were part of our lives for atleast 13 years. My mother fulfilling her passions through us, one can say had insisted we went to both. I was a rebel though and cut my hair before a dance performance, learnt western music on casio and just did not want to accept what I had as inheritance. I left dance and I left music.

When my daughter was 4 years old , I put her in music class. The genes were expressing itself strongly as she was the humming- bird in the family. Constantly a tune in her mouth and a hum humming from her. She struggled with learning songs in a language that she did not understand. She fought an internal battle and is too sweet to fight a battle with me, on whether she wants this inheritance or not.

Crossing a threshold is a transition from known to unknown, unknown to known; a space of rebirth, reconnect and reemergence. I have recently joined dance classes again. After a gap of more than 22years. Crossing an internal threshold I find simple joy in reconnecting with moves and mudras that were part of my childhood. While my daughter took the decision to pause her musical journey in order to reconnect with her own self and her journey. We all have such moments in our lives when we cross those poignant thresholds either to reclaim something from the past or to let go what we have or had. Each of these moments in time stand for a great change within and without. This change does not mean we are regressing or progressing in any way, these moments just stand witness to our great self journey. A journey towards a space of peace and joy and acceptance of this birth that we have taken.

Go and enjoy your threshold moments. They mean you are alive.

Posted by SoulSpace at 12:05 AM No comments:

Email ThisBlogThis!Share to TwitterShare to FacebookShare to Pinterest
Labels: 1001 nights in Mommydom, Communicating with our Stories Souls, stories

When will you call me? (a short poem)

when will you call me?

when I am aged?

Lucky are those who have been raised

with verdant swaying fields as companions and

gushing clear waters of streams and rivers as partners.

To feel Mother Earth and

to smell her petrichor and

to taste her heritage fruits and

to hear the cow bells tinkle and

to see her splendorous sunrise and sunset.

To experience freedom and transcendence forever

to know such freedom

when will you call me? 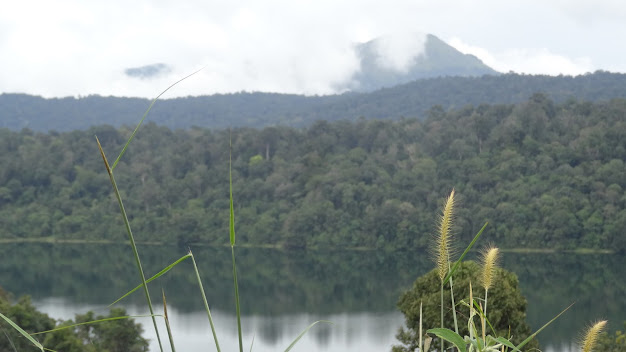 Ridhi is 5 years old and lives with her Appa, Amma in a flat in Indra Nagar. Ridhi’s Ajji had come to stay with them for some time and Ridhi was having a great time playing with Ajji and listening to her stories. But today Ridhi was feeling very sad. Ridhi missed her Amma. It was 3 days since Amma had gone to the hospital.
“ Ajji How long to wait for Amma? When will she come back from the hospital with Appa.“ Has the baby come out from Amma’s stomach? I thought her stomach would burst with the baby becoming bigger and bigger inside”
“You know Ajji I think a Baby is like cake.  I wait and wait and watch the cake mix growing bigger and bigger in the oven and then Ting the oven makes a sound and the cake is ready to take out, no?. I think Babies are like that – they have to become bigger inside the tummy and then finally one day they are ready to come out. “Ting”.

The doctor takes the baby from inside Amma and the Baby is ready like a cake...but ....but...only one problem. I am not so sure I want this Cake Baby.” Said Ridhi thinking how the baby had taken her Amma away from her.
“Shhhh. All is well Ridhi. Amma will be coming back today and she will have a surprise for you” said Ajji
“Surprise , what surprise? “ Just then a car came and honked just outside their flat.
Ridhi could hear the car stopping outside her building. She ran to the window to see and Ajji ran to the door to open it. Appa and Amma came inside carrying the Baby . Ridhi watched them from where she was standing; the Baby was just like a cake with icing all wrapped up in a blue towel.
Ajji was smiling and kissing the baby, Appa and Amma were looking so happy. No one was looking at Ridhi. She felt like crying...
Then Amma looked at Ridhi. She smiled and walked to her. Ridhi looked at Amma. She bent down and hugged Ridhi so tight and kissed her many many times. Ridhi gave a hug to her too.
Amma said: “Chikku papa, is so lucky to have a Big Sister like you, you are going to help him grow big like you, won’t you?
Ridhi slowly smiled. She was feeling both sad and happy. Happy that Amma was back, but sad that Amma was now carrying another Baby.
“Am I not your Kutty Papa?” asked Ridhi
You are now my Akka Papa and this is your Tam’ma Papa”, said Amma.
“ No, he is my Cake Baby”, said Ridhi with tears in her eyes.
“What?!  That is so sweet Ridhi and now tell me why you have named him Cake Baby ?” said Amma.

Amma, Ridhi and Ajji with the baby slowly walked into the bedroom

~ How did you like this story??~ Suitable for 5 and 6 year olds
Please leave your comments below

Posted by SoulSpace at 8:56 AM No comments: